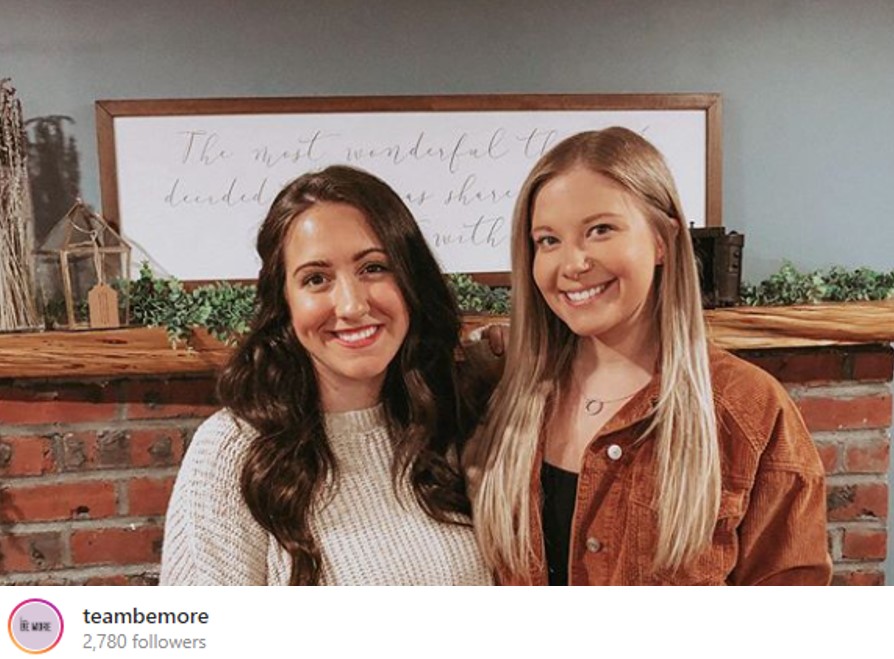 Three years ago, Breanna Sipple, while scrolling her Facebook newsfeed, came across a status update from Rich Francis.   Rich was appealing to family, friends, and followers on behalf of his wife, Erin, who was in need of a kidney donation.  Erin suffered from a disease that had taken a toll on her kidneys.

Television station, WPVI-TV/6abc, in Philadelphia, PA covered the story of how two strangers bonded, became more than best friends, and started an Instagram crusade to help promote organ donation.  Breanna said when she read Rich’s status update, “Something just came over me, and I was just like crying and I knew that I was this person’s donor.”

Their Instagram page, Team BeMore, is a virtual meeting place for people who’ve received transplants, those looking for donors, and donor awareness 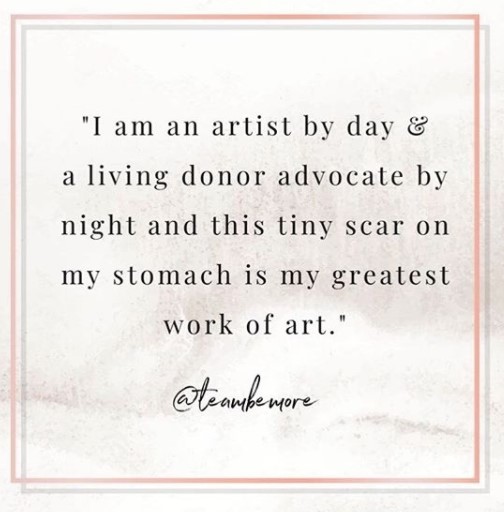 .  It is filled with inspirational quotes that encourage transplant patients in their journey to achieve a second chance at life like the one shown to the right.

Initially, Breanna waited to reveal to Erin that she wanted to be her living donor.  She began the process of getting tested and made a video journal of her effort.  She was devastated to learn she’d been rejected as a donor due to high blood pressure.  It wasn’t until Erin saw Breanna’s video did she learn of Breanna’s desire to become her living donor.  When the two finally met in person, they decided to get tested again at another hospital.

‘Every time I would get my blood pressure checked in a hospital setting, it was obviously high because I was nervous,’ said Breanna. ‘I’d never been in the hospital or had surgery, so I was super-nervous.’”

The transplant went ahead and the next day Breanna found the strength to walk to Erin’s room to check on her progress and give her a big hug.

Ellen Gray of the Inquirer reported on the good news Breanna and Erin received last week, “In Wednesday’s episode, DeGeneres interviews the two women on Zoom, and introduces them to Sarah Hyland, who’s there with her in the studio. The Modern Family star was born with kidney dysplasia and has had two kidney transplants, the first at the age of 21.

After the four chat, DeGeneres and Hyland each produce separate checks for $10,000, made out to BeMore, courtesy of Shutterfly.”

View below the segment of Ellen’s show where the two women were surprised to receive support of their work with Team Be More.