Did One Transplant Cure Three Illnesses? 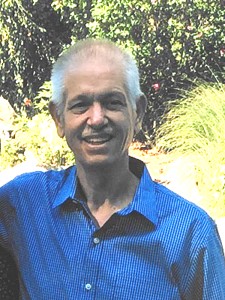 ​Al Nykamp, a NFT patient, was diagnosed with three conditions, hemophilia, Hepatitis C, and cancer over his lifetime beginning when he was a newborn.  He shared in an interview in May with Rene Wisely of Michigan Health that being cured of his conditions was something he never dreamed possible.

Nykamp was born 58 years ago with hemophilia.  He was adopted so the diagnosis surprised his parents when they learned of his condition when he was only six months old.  Hemophilia is a rare disease, with an estimated 20,000 people living with it in the United States.  It causes excessive bleeding at even the slightest injury.

“My case was considered mild because I would need these clotting factors injected when I had an injury which may have been only every three to five years, whereas other people may need to have it every day to live,” Nykamp told Rene Wisely.

Nykamp’s health, as a hemophiliac, was further complicated during his teens years when he had an accident on his minibike that lead to hospitalization.  While hospitalized, he required a blood transfusion during surgery.  He later learned the blood was tainted with Hepatitis C.  His accident happened in 1976.  Blood banks did not start screening for Hepatitis C until 1990. It was an unfortunate turn of events for Nykamp.  Due to his hemophilia, he spent six weeks recovering in the hospital.

Over the years, he endured rounds of chemotherapy to slow down the progression of the liver disease.  To complicate his medical condition further, his body rejected the clotting agent used to manage the hemophilia.  He was placed on a medication that only could be given through an IV drip administered in a hospital setting.

Seeking treatment for his liver condition, Nykamp met with doctors at University of Michigan Transplant Center who ran a battery of tests to determine if he could be approved to be placed on the transplant waiting list.  The tests discovered cancer spots on his liver.  Faced with three medical conditions, Nykamp was in the fight for his life.  In anticipation of being placed on the transplant list, Nykamp signed with the National Foundation for Transplants and raised nearly $50,000 to cover anticipated cost.

If you or a loved one is in need of a life-saving transplant but face overwhelming financial challenges related to cost share, contact the National Foundation for Transplants to learn if we can help.  If you desire to provide financial assistance to fellow Americans needing a transplant during these uncertain times, we invite you to make a donation to help those most vulnerable receive a second chance at life.