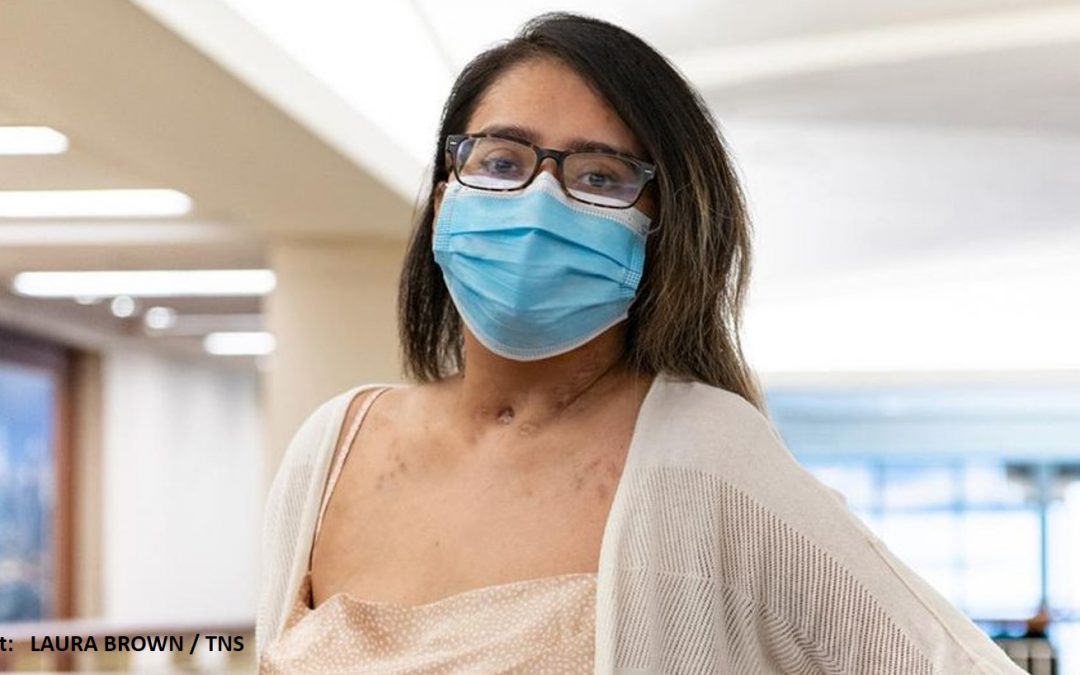 Earlier this year when NFT first reported a COVID-19 patient had received a double-lung transplant the world didn’t know the patient’s name or much else about them except they were struggling to recover from surgery.  However, at the time, it was revealed the patient was Hispanic, an ethnic group hit extremely hard by COVID-19.  Seeking privacy, the family asked for her identity to remain anonymous.

What we did know taught us more about the devastating effect the virus could have on the health of patients including those who are young and have no underlying health condition.  For this patient, inflammation from the disease had left their lungs completely plastered to surrounding tissue, the heart, chest wall, and diaphragm.  The surgery lasted 10 hours, longer than a normal lung transplant.

Ramirez has no idea how she became infected with the coronavirus.  She is employed as a paralegal for an immigration law firm in Chicago.  Before the pandemic, she led an active life and frequently participated in 5K races.  She had been working from home since March and seldom left the house.

Her symptoms started in late April.  Ramirez began experiencing chronic spasms, diarrhea, and a slight fever.  She lost the ability to taste and smell.  In an article released by Christine Herman of Side Effects Public Media, Ramirez said, “I felt very fatigued.  I wasn’t able to walk long distances without falling over. And that’s when I decided to go into the emergency room.”

The medical staff at Northwestern Memorial Hospital in Chicago examined Ramirez and assessed she was in grave trouble.  They explained the need to place her immediately on a ventilator and gave her only minutes to contact next to kin.  Ramirez didn’t quite understand the word ventilator since in Spanish, the translation is different.

She thought she would be hospitalized for just a few days instead Ramirez spent six weeks heavily sedated on a ventilator and another machine that pumped and oxygenated her blood outside of her body.  After being advised by the staff in ER, Ramirez reached her mother in North Carolina and appointed her to make medical decisions on her behalf.

During the weeks spent on a ventilator, Ramirez experienced terrifying nightmares that were undistinguishable from reality.  Most of them involved her drowning.  She attributed the horrible nightmares to her struggle to breathe.  By early June, her body was ravished by the coronavirus.  Her kidneys and liver were starting to fail and there was no improvement in her lung function.  The medical staff summoned her family to say goodbye to Ramirez.  They didn’t think she would make it through the night.

When her family arrived, the doctors told them there was one last option that could possibly save her life.  In the interview with Christine Herman, Ramirez family recounted the experience. They were told by her physician that Ramirez was a candidate for a double lung transplant although the procedure had never been done on a COVID patient in the U.S.

Her mother agreed, and within 48 hours of being listed for transplant, a donor was found and the successful procedure was performed on June 5.   Dr. Ankit Bharat, Northwestern Medicine’s chief of thoracic surgery, performed the 10-hour procedure.  Bharat said most COVID-19 patients will not be candidates for transplants for various reasons but for some, like Ramirez, a transplant can be a life-saving option of last resort.

Since her transplant and after spending weeks in rehabilitation, Ramirez is on the road to recovery.  She is receiving care at home and her physician says it may take a year or longer before she can function independently and be as active as before.

Ramirez is grateful for this second chance at life and thankful for the generosity of a stranger who believed in the importance of being an organ donor.