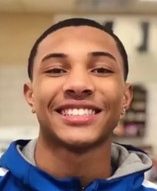 At the age of 13, JaShawn Lemar Scott signed up to be an organ donor.  He’s the son of KeShaunta and Justin Scott.  His mother said JaShawn led a purpose-filled life and had a heart of gold.  Four years after becoming an organ donor, JaShawn’s decision saved five lives and helped heal a dozen others.

In October 2019, JaShawn age 17, died several days after the car he was riding in with friends crashed into another vehicle. (JaShawn pictured left.  Photo provided by family.)

His family was devastated by the news of his early passing.  Since JaShawn was a minor at the time of his death, his mother had to grant permission to donate his organs and tissue after his death. In an interview with Catherin Ross of NBC affiliate station in Gahanna, Ohio his mother said, “Sharing his ‘heart of gold’ was a bittersweet but rewarding experience.”

JaShawn was a Junior at Gahanna Lincoln High School at the time of his passing.  He was a valued member of the Varsity football team.  He believed in contributing to his community and served as a Counselor in Training at Fruitful Trees Learning Center where he was able to immerse himself in helping young children.

Today, JaShawn’s heart beats in a transplant patient who received a second chance at life because of JaShawn’s love for others.  The transplant recipient’s family placed a recording of JaShawn’s heartbeat into a blue teddy bear his grandmother gifted him when he was born. It has become a treasured memento of his mother, Keshaunta.

JaShawn and his gifts were celebrated this past weekend during a virtual event hosted by Lifeline of Ohio, an affiliate of Donate Life America.

If you or a loved one are in need of a life-saving transplant but face overwhelming financial challenges related to cost share, contact the National Foundation for Transplants to learn if we can help.  If you desire to provide financial assistance to fellow Americans needing a transplant during these uncertain times, we invite you to make a donation to help those most vulnerable receive a second chance at life.