In 1978, one of the country’s most well-known HBCUs Howard University, embarked on a journey to discover the feelings and thoughts about organ donation in the African-American community.

Howard University, located in Washington, DC, was once the home of the Freedmen’s Hospital and the first teaching hospital in our nation on the campus of a historically black university. 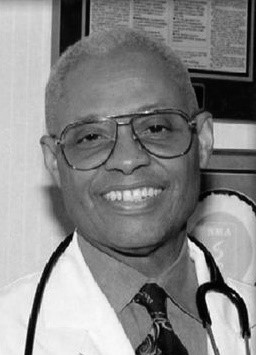 In a conversation with the South-Eastern Organ Procurement Foundation, Clive Callender (shown right) received information that would change the course of organ donation in Black communities.  Callender was a professor and transplant surgeon at Howard.  The South-Eastern Organ Procurement Foundation was the nation’s oldest organ procurement organization, and a predecessor of the United Network for Organ Sharing (UNOS).

South-Eastern initiated the phone call that day in 1978.  They had some information to share.  Callender recalled the conversation, “Their data demonstrated that 70 percent of the patients on dialysis were black, and yet less than 10 percent of those who donated for transplantation were black.” Callender continued, “They recognized the discordant nature of the data and wondered what could be done about it.”

Callender and his staff set out to find answers.  Working on a $500 federal grant, their first research activity was to convene a focus group.  In a 2018 article that appeared in the Center for Health Journalism, Karen Bufford wrote about those early efforts to probe the subject, “Callender assembled 40 individuals from Washington, D.C.’s African-American community for two-hour sessions to talk about organ donation. When they first began the discussions, only two participants initially said they’d be willing to sign an organ donation card.

These early efforts revealed five barriers to organ donation.  The most prominent barrier was a lack of awareness.  Participants were unaware of the great need for organ donation within their own community. Equally prominent was many feared that organ donation would go against their religious beliefs.  All other barriers revolved around a general mistrust that they would be treated fairly by healthcare providers.

Callender crafted a program to increase minority organ donation in Washington, D.C. using what they’d learned in the focus groups. He advocated that African-Americans be included in more healthcare positions of authority.  To help overcome mistrust, they asked hospitals to wait until a donor was deceased before approaching the family to discuss organ donation.

As Bufford reported, “They honed messages specific to the community, and recruited black transplant recipients and people on waiting lists as spokespeople. The percentage of potential donors among black D.C. residents increased from 10 percent in 1978 to 51 percent by 1993.”

Dow Chemical offered support to Howard’s efforts.  In the mid-1980s, Dow Chemical funded a roll out of similar programs in 22 American cities with the highest African-American populations.

In 1991, Callender founded the Minority Organ Tissue Transplant Education Program (MOTTEP) and expanded its mission to include all ethnic and racial minorities.  The results of Howard’s successful program to increase organ donation in minority communities was published in the England Journal of Medicine during the same year.

While disparities exist, according to stats at the Center for Health Journalism, nationally the organ donation rate of African-Americans improved significantly from 1978 and surpassed that of whites in 2010. Even as a percent of population, the numbers continued to show promising improvement.  In 2017, there were 38.1 organ donors per million African-Americans, compared with 34.29 per million Caucasians.

Howard University, Clive Callender, and his staff demonstrated that having open conversations, increasing awareness, and creating environments where trust can flourish will have a positive impact on improving organ donations in communities of color.  At the beginning of Callender’s research in 1978, only two people out of the 40 who participated in the focus groups committed to becoming organ donors.  At the conclusion of his program, all 40 participants signed up to become organ donors.