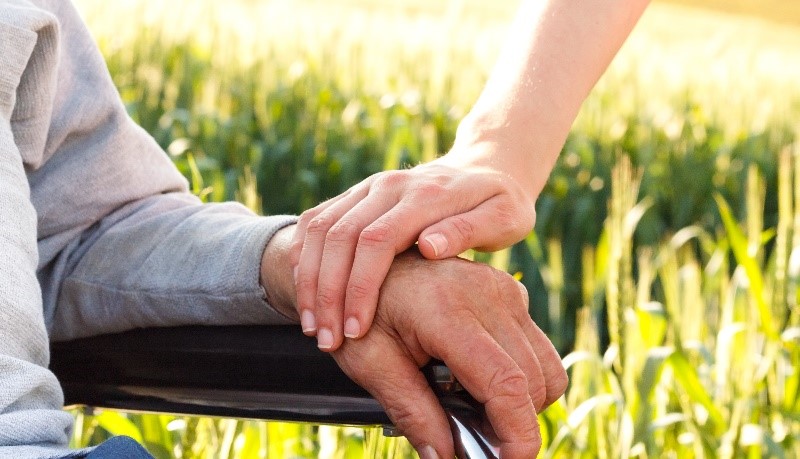 What it is. How to get involved. How to offset expenses.

Organ donation from a living donor provides a transplant patient with shorter or no wait time; quicker recovery time; and improved long-term outcomes making living donations the preferred type for donations like liver and kidney.

Many individuals are willing to donate a kidney or part of their liver or another organ to help a friend or family member in need of a transplant.  The sad news is many times the living donor’s organ is not compatible with the transplant patient.  But that’s not necessarily the end.  Sometimes it is just the beginning of providing the help a friend or family member so desperately need and a donor wants to give.

UNC School of Medicine uses the example of a kidney transplant and describes it as, “The surgery is the beginning of what’s called a kidney chain, an interconnecting, linked chain of individuals in need of a kidney transplant. It begins with a person in need, Recipient A, and a person who wants to donate a kidney to them; maybe a loved one or friend but who has been deemed an incompatible donor. That donor is referred to as Donor A. The chain then stretches across states, time zones and thousands of miles as the first donor completes their surgery and kick starts a domino effect that takes hundreds of hours to organize and bring to fruition.”  It looks like this . . . 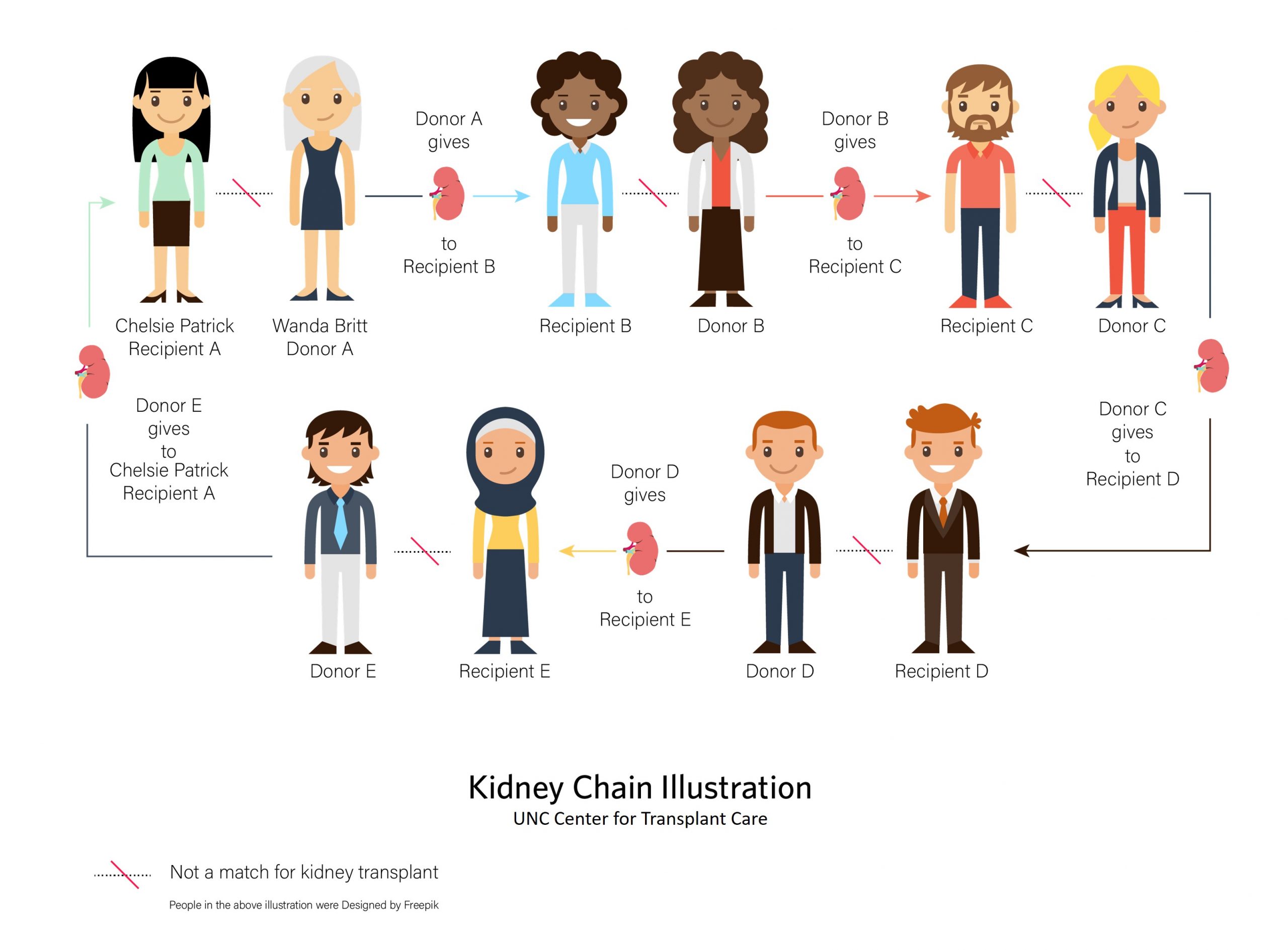 A Live Example of a Chain

When Steve Leach of Lower Burrell, Pennsylvania was diagnosed with cirrhosis of the liver, and then cancer in June 2020, he was in a fight for his life.  The doctors said he would need a liver transplant.  Both his daughter, Kate Maloney a self-proclaimed daddy’s girl, and his nephew, Josiah Leach, both were found to be a match and eligible to donate a portion of their liver to Steve.  It was Kate, however, who proved to be a closer match to her dad who says he is definitely in the “girl daddy” category.

Did you know that when someone donates a portion of their liver, their liver will regenerate, or grow back, in a few months?

In an article appearing in Tribe Total Media, reporter Joanne Harrop wrote, “Kate and her father had what is called a direct donation, which is when the donor specifically chooses who will receive the transplant. There is also a non-directed, altruistic donation which is when the donor is neither related to nor known by the person in need. He or she makes the donation purely out of selfless reasons. The recipient is determined primarily by medical compatibility.”

Nephew Josiah, was still onboard to become a living donor.  If he couldn’t help his uncle, he wanted to help someone.

In the same article, Josiah said, “I have always been a giving person through volunteering, so I said, ‘If you need a liver, I am your guy.’  Kate was a match also, and it was decided she would be the best one for Uncle Steve, but I wanted to stay committed to my word.  I am young and capable of doing it.

A chain was started.

Casey Rogers, George’s nephew had wanted to donate to his uncle but wasn’t a match.  Casey found a recipient in Tim Corbin, age 49, who had a congenital disorder of the bile ducts which resulted in repeated liver infections.

Dr. Abhi Humar, UPMC’s chief of transplantation, performed the surgery on Recipient A, Steve Leach, and made the referral for Leach’s nephew, Donor A.

Humar who has witnessed the miracle of a living donor chain spoke about the surprise and joy of a transplant patient who becomes a recipient of an organ donated by a stranger who is part of a living donor chain.  “With these three recipients and donors walking, talking and hugging post-surgery show they now share a special connection,” Humer said.  He continued, “This illustrates so well the amazing story of the power of living donor transplants.”

How to Get Involved in a Living Donor Swap?

Learn more here and here or contact a transplant center in your area.

The longest transplant chain surpassed 100 kidney donations two years ago. The University of Alabama at Birmingham’s School of Medicine holds the record in the nation’s longest ongoing single-center kidney transplant chain according to Alabama News Center.

Getting Financial Help for the Donor and Recipient

The National Foundation for Transplants helps transplant patients and living donors overcome the financial challenges associated with transplantation.  NFT offers assistance through fundraising and grant programs for transplant-related costs not covered by public or private insurance.

Whether you’re an organ recipient or organ donor, we can help.  Get stated with NFT today!  Have questions, write us at info@transplants.org.